Archive for the ‘hands’ Category

It Was A Grand Visit

TheWife and I went over to Charles’ and Darcel’s to visit earlier today.
Kiah greeted us at the door.

Ava was brushing her teeth.

Samuel was out cold.

They are growing so fast! 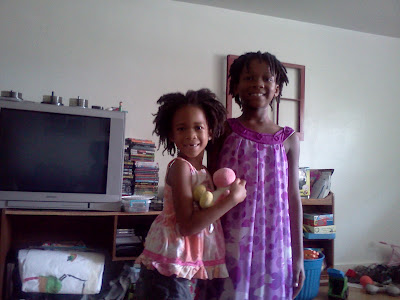 After Samuel woke up, I asked if I could take his picture and
he said “NO!” A few minutes later he was standing in front
of me and I called his name several times and he ignored me.
So I took this one.

Samuel got to go to the library to return books and DVDs and also
to get some new stuff.

Upon returning, it was time for each of them to claim their spots
for viewing a DVD of their choosing. 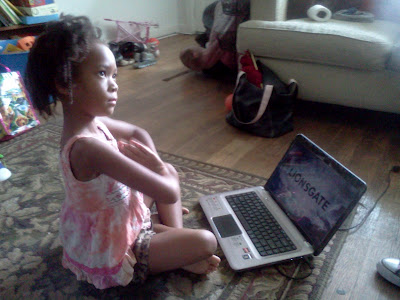 Out Of The Blue

I have been pretty quiet lately but doing a lot of thinking and searching. I was wondering what my next move will be and how to achieve goals that have been set.

Knowing what I want to do is a non-issue. I’m currently having a supply and material issue. It isn’t very big but annoying nonetheless….so in the meantime I do what I can albeit with frustration settling at the threshold….just hanging there, going nowhere fast.

Today is my first day of doing anything concrete and in the process I came across this post by way of StumbleUpon. For me, it couldn’t have come at better time.

After reading lesson #1, I was hooked. I continued reading the following lessons and came away not with new ideas but focused….realizing what my next move should be. In a way I already feel as if I was centered in a lot of what was written in the post or heading in the right direction.

It helped me to also see that I have resources at hand that I had forgotten about or just plain neglected. Supplies are not the real sticking point as much as materials and that may not be as large as my mind has painted the picture to be.

I’m not ashamed to admit waning determination has been rolling around inside of my head and dragging behind like a comet’s tail was giving up. So when stuff happens, I guess the next time I’ll throw up my hands and say… 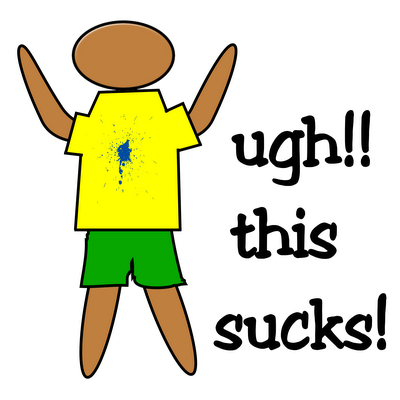 ….and keep on moving.