Archive for the ‘reflections’ Category

As promised, I’m sharing those four canvases I started a few days ago. I actually finished them two days ago but didn’t bend under my own pressure of feeling the need that I have to post every day.

Personally, I’m a little mixed on how I feel about these, but they will go on my wall, I will look at them and they will inspire me.

Love is by the worth it gives as receiving to love

Yet be it exuberance, to still the senses to pause, reflections 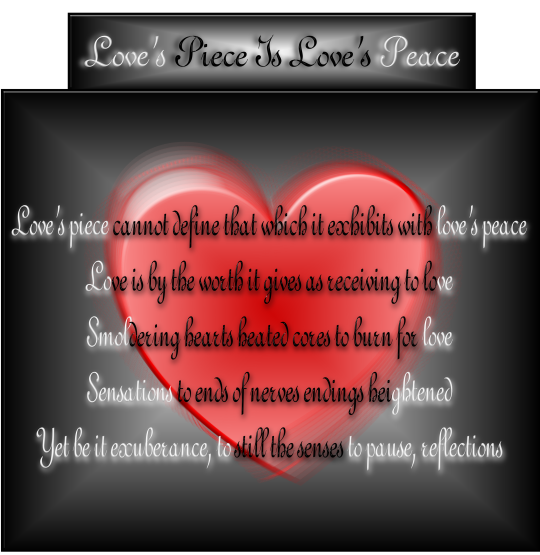 A Blogger’s Pic In Poetry 1

I recently came across this photograph by way of my Google+ stream courtesy of Anissa Mayhew  who shares a lot of nice pictures on her stream from other members.
I don’t know what it was about this photo but I was impelled to write a poem about it.
To give you a heads up, this is the first of more to come in a series I’m calling: A Blogger’s Pic In Poetry.
I’m not sure where I will find them or how often I will see a poem in a photo, but when I do, it will be included in the series.
I will say that I have spent some time on Daniel Plumer’s Google+ page and I have four poems from some of his photographs. This is the first and I will post the rest in the order that I viewed and wrote the poem for each one. 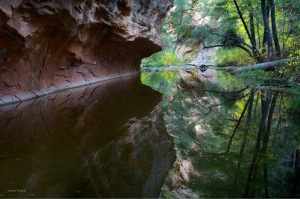 Reflection
What is, reflects of itself
Doubling of single, non-stealth
Rocky hard, branches sticking
Softly seen, yellow green lifting
I am who I am, am I?
Seen as such is, to eye
Same as is, unchanged two one
Crazy it is, when seen how it’s done